Marco Polo Ortigas Manila is centrally located in Ortigas Commercial Business District between Quezon City, Mandaluyong and Pasig City. Hotel is accessible to organizations such as Asian Development Bank, Meralco, San Miguel Corporation, major Business Process Outsource (BPO) establishments and pharmaceutical companies. Just a short walk are shopping and entertainment areas such as SM Megamall, The Podium, Shangri-La Plaza Mall, and Robinson’s Galleria. Minutes from the hotel are places of interest such as Greenhills Shopping Center, Tiendesitas and Eastwood City. Five to seven kilometres away are the CBD areas of Makati, Bonifacio Global City and Eastwood City. International Airport is 15 kilometres away from the hotel.

Manila is the capital city and the second largest city of the Philippines. It prides itself on its rich culture and history, which perfectly reflects the warm hospitality the Philippines is well-known for.

Bustling, fascinating and all things in-between, prepare for an exhilarating thrill of places to visit and experiences to see that is in Manila.

Meralco Avenue and Sapphire Street,
Ortigas Centre, Pasig City, 1600, the Philippines
https://www.marcopolohotels.com/hotels/philippines/manila/marco_polo_manila/index.html
Tel. (+632) 7720 7777
Fax. -
manila@marcopolohotels.com
Click the marker type below to view them on the map. 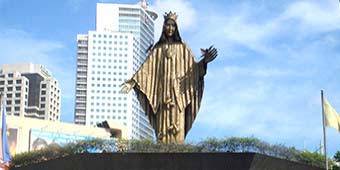 The Shrine of Mary, Queen of Peace

This shrine serves as a distinct landmark in the Philippine history in view of the EDSA People Power Revolution in 1986 and in 2001. 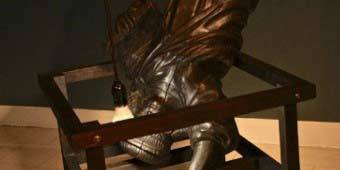 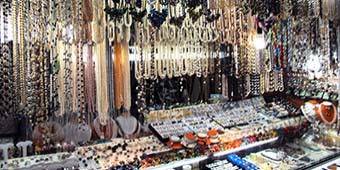 It is one of the country’s largest and best-known bargain shopping. A haven of quality yet cheap finds, Greenhills offers a variety of items from trinkets to furniture and pearls. 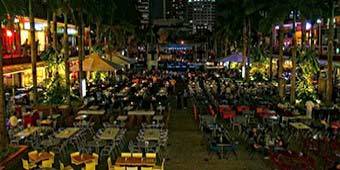 Right across Marco Polo Ortigas is Metrowalk, a leisure hub known for its entertainment, dining and shopping options. Specialty stores offering native delicacies and souvenir items can also be found.